Giant’s Castle Game Reserve was proclaimed in 1903 and is 34 638 ha in extent, lies in the Central Berg Region of the uKhahlamba-Drakensberg Park, a World Heritage Site, and is home to, among many other species, the eland and the majestic bearded vulture.

The original reserve, of some 7 000 ha, was proclaimed in 1903 mainly for the protection of the dwindling eland population of the Drakensberg. Today, Giant’s Castle forms part of the uKhahlamba-Drakensberg Park.

This is a scenic mountain wonderland tucked into the central region of the uKhahlamba-Drakensberg Park and it takes its name from the massive ramparts of rock rising above the lodge. The silhouette of the peaks and escarpment against the sky resemble the profile of a sleeping giant.

Management objectives in the Park are to maintain production of high quality water from the mountain catchments and to conserve the unique diversity of animals and plants. It ranges from 1 300 metres to 3 280 metres in altitude and is noted for its plentiful rock art, examples of which are on public display in the Main Cave Museum.

Like most other mountain destinations, the most popular activities are hiking, climbing, trout fishing, picnicking, camping and swimming. Overnight hiking trails and day walks into the mountains are popular activities in this scenically splendid area.

Giant’s Castle Resort is situated on a gassy plateau among the deep valleys running down from the face of the High Drakensberg, offering glorious views for hikers and mountain climbers. Wild flowers of the Drakensberg are the design theme of the Resort and Rock Lodge, and original botanical paintings feature in all the chalets and lodge buildings.

Superb rock art is high among its special attractions. The renowned Vulture Hide is open throughout the year for visitors to watch bearded vultures and other endangered species feeding.

Izimbali Restaurant and Bar provides guests with the option of fully catered meals in its warm and relaxed atmosphere.

The Drakensberg was once inhabited by the San people, formerly known as the Bushmen. They were hunter gatherers who lived in caves and other suitable dwellings. They have left us many of their paintings on the sandstone cliffs and cave walls, depicting their way of life and the various animals and people they encountered.
In due course, the Amazizi, a tribe of the Nguni race arrived, and occupied the river valleys and approaches to the Drakensberg Mountains. They were pastoralists and agriculturalists, while the San people never tilled the soil or kept cattle. As there was no clash of interests, there was peace between the San and the Amazizi.

After this period of slaughter and destruction, relative peace returned to the Drakensberg Mountains and the survivors of the various tribes came down from the mountains and re-established themselves in the river valleys. This alleviated the pressure on the San people who had been badly affected by these wars. Respite was brief as within ten years the arrival of the Voortrekkers and the English settlers led to further troubles. The clash over hunting grounds, private ownership of land, and the arrival of cattle led to increasing numbers of cattle raids by the San people. Eventually the situation became so bad that the San themselves were hunted and decimated by the settlers.

In 1849, due to the failure of various attempts to prevent the cattle raids, a series of buffer “native locations” were established between the settlers and the Drakensberg Mountains.

A brief resurgence in cattle raids followed in the late 1850s through to the 1870s after which the raids fell off sharply. The last sighting of San people in the Drakensberg Mountains was in the early 1880s.

During the end of 1873 and the beginning of 1874, Giant’s Castle became internationally known as the site of the Langalibalele Rebellion. For some months a detachment of the 75th Regiment of the 1st Gordon Highlanders were encamped just below the Main Caves at the junction of the Bushman’s River and the Two Dassie stream which rises in the Langalibalele Pass. The cook of the detachment carved the figure 75 on a very large sandstone boulder which can be seen to this day. 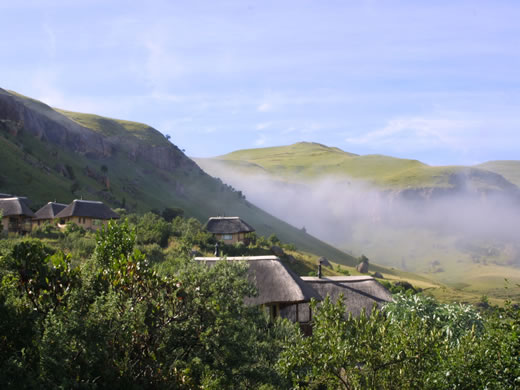 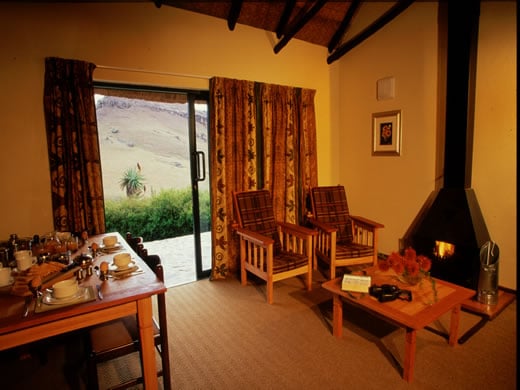