Diversity is the key to Ithala Game Reserve. Proclaimed a nature reserve in 1973, the reserve has grown steadily with the addition of purchased land in adjoining areas.

The reserve measures 29 653 ha in extent and is situated on the south bank of the Pongola River, about 70 km east of Vryheid. It is some 400 km north of Durban and 500 km from Johannesburg.

The reserve is also rich in history, having been continually occupied during major events of the 19th and 20th century, such as the reigns of Shaka and other Zulu kings, the arrival of the Voortrekkers in Natal, the Anglo-Zulu war of 1879, the Anglo-Boer wars (1880 - 1902) and the anti-nagana campaign of the 1920s.

Evidence of earlier occupation by middle stone age and iron age people can be seen.

In turn, each plant community hosts a wide selection of insects, reptiles, amphibians and mammals. We have compiled this booklet in order to enhance your visit and experience to Ithala.

It is by no means comprehensive but should provide sufficient information to whet your appetite.

Ithala Game Reserve has a rich history of human habitation as evidenced by archaeological sites which date from as far back as the middle stone age. The reserve provided iron ore and wild olive wood which was used in local iron smelting operations. San hunter-gatherers, sometimes known as Bushmen, also used the area, leaving their precious rock art in a shelter in the eastern part of the reserve.

The Zulu wars and the reign of Shaka saw many people seeking refuge in the caves found along the cliff faces of Ithala. Traces of this early refugee occupation in some of these caves can still be found. Prior to the area becoming a game reserve, Ithala had been under the ownership of farmers since 1884.

In that year the Zulu king, Dinizulu, in recognition of the fighting services of 115 volunteers, granted 800 boers more than 1.1 million ha of land in northern KwaZulu-Natal. This area became known as the Nieuwe Republiek. Prior to the arrival of the settlers, game was abundant.

Intense hunting by the settlers, coupled with the rinderpest epidemic of 1896, severely depleted the game populations in the area. Under white ownership, most of the land in the Ithala area continued to be occupied by Zulus as labour or tenant farms with only five dwellings being built by whites.

These white occupied farms where Doornkraal, Doorn pan, Potwe Halt, Langverwacht and Craig Adam. Gold was discovered in the area in the early 1900s and was mined at the Wonder and Ngotshe mines, both of which are now totally abandoned.

By the time the then Natal Parks Board, now known as Ezemvelo KZN Wildlife, took control of Ithala in 1973, soil erosion and overgrazing by livestock were widespread. Very little game existed, with 25 mammal species being extinct locally. An extensive programme of land reclamation was initiated with signs of former habitation being removed where possible. The original 8 000 ha reserve has been enlarged to nearly 30 000 ha.

Traces of old fields and homesteads still remain in some parts of the reserve. Since 1973 some 20 mammal species have been re-introduced into the reserve. These include buffalo, white rhino, black rhino, kudu, tsessebe, red hartebeest, eland, giraffe, and brown hyaena. A small herd of young elephants was introduced to the reserve in 1990 and have become a well established breeding herd. 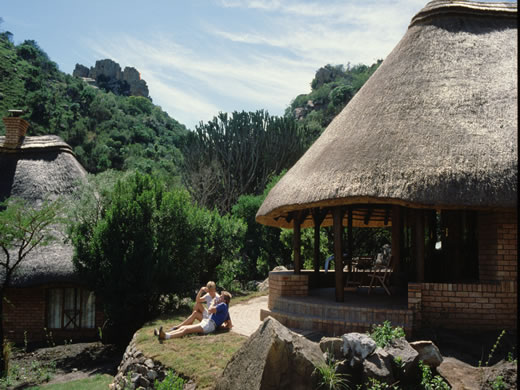 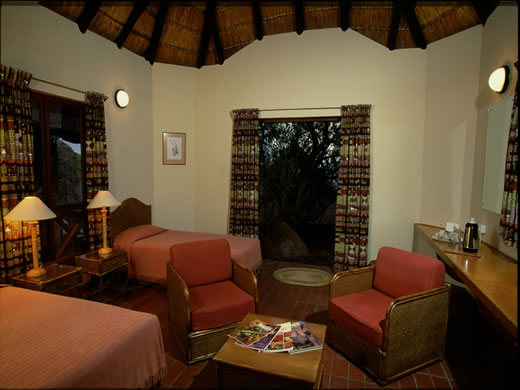 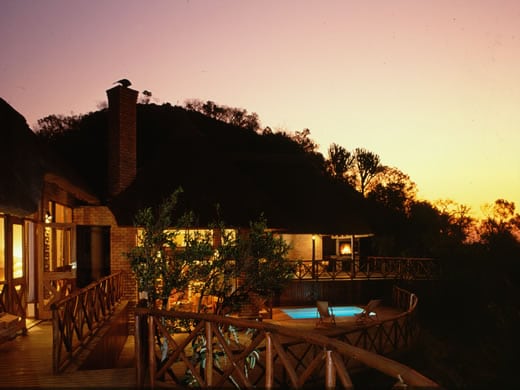 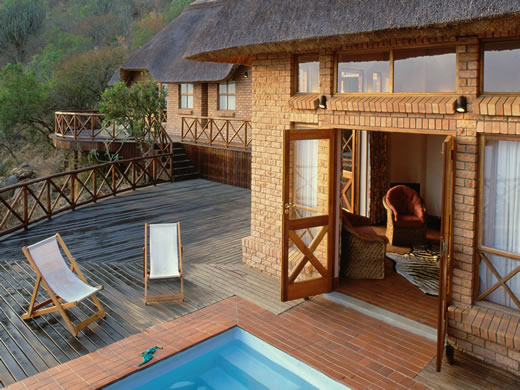