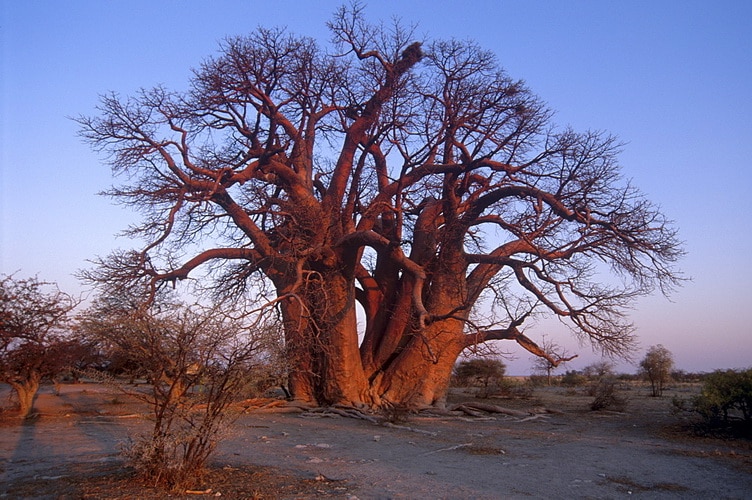 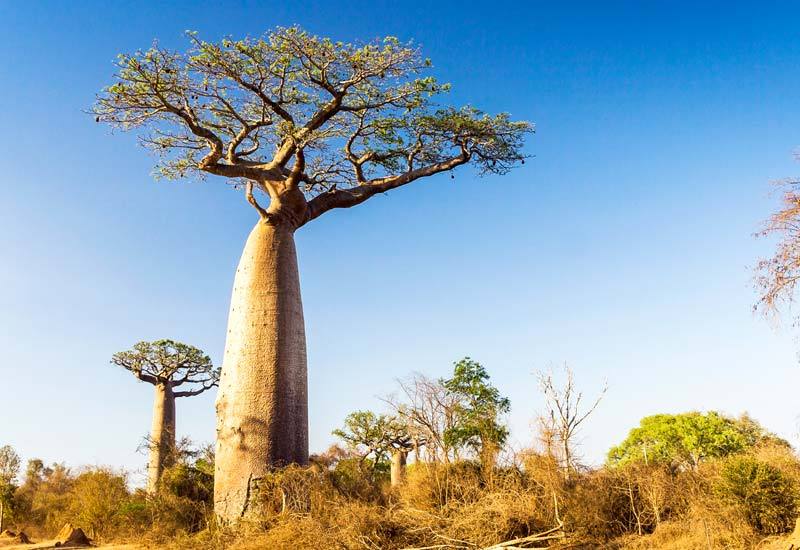 Baobabs (  Muri kunguluwa) add to the beauty of this Wild Landscape. Trees play such a major role in the world and of course to the wildlife in Africa. There are so many creatures that rely on trees, in fact the whole Ecosystem relies on trees, all the way down from birds to insects, snakes to the animals that feed on the leaves of the trees. Elephants Giraffe, many bucks.

Baobab trees also live in Australia, India Ceylon, and Madagascar but mostly it's known in southern and central Africa. In South Africa, you don't really see Baobab trees south of Limpopo. The northeastern regions of the country, like in Limpopo and Mpumalanga region of South Africa.

There are many iconic trees in South Africa and that is indigenous. The one that's probably the most famous is the baobab tree. 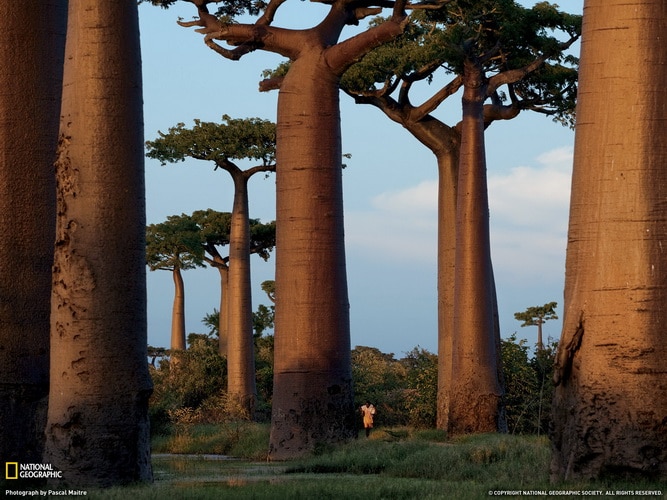 The trees shed leaves seasonally when the leaves are shed, the tree looks upside down. Like it was actually planted upside. appear like the roots are standing out in the ground.it has finger-like branches.

South Africa baobab grow between 5 to 20 m high and do flourish that a lot of the animals eat, monkey particularly, but also the bird's elephants have been understood to consume the fruit. Bats and bush baby.

There have carbon checked Baobabs for their age and it's been found, that some of the baobabs in the world are 3000 years old. Isn't that incredible? I imply 3000 years old. When you think of all the history that these trees have seen. The altering of time. the stores they might tell of life in the world. That truly does blow my mind that something can live so long.

Some baobab trees have actually been using for Shelter, Like small stores and there's even a tree in Zimbabwe that's so huge it was checked by putting 40 people inside its trunk. The bark is a smooth texture and shiny. 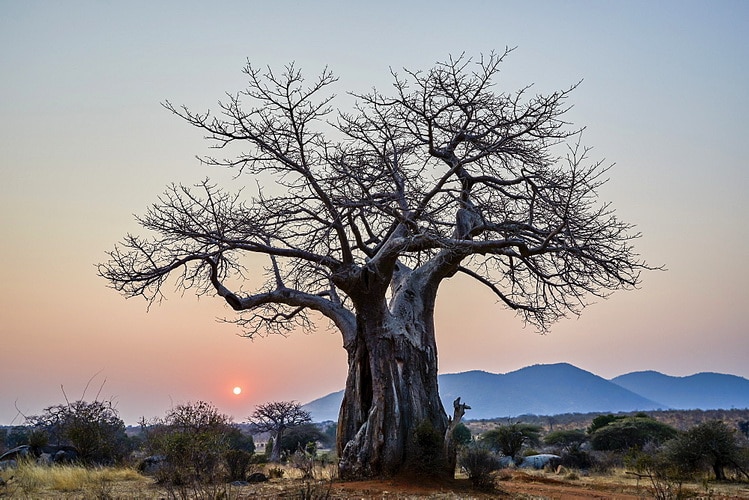 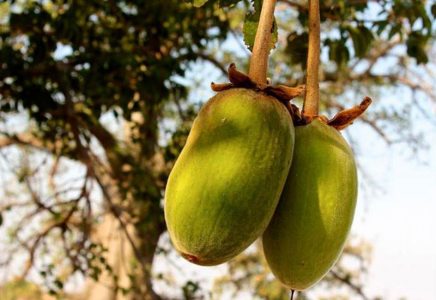 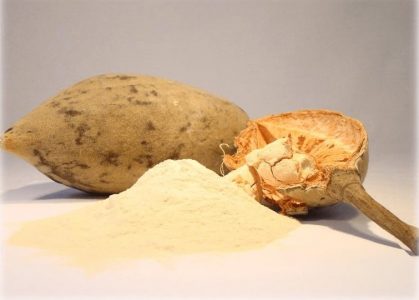 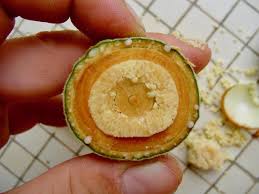 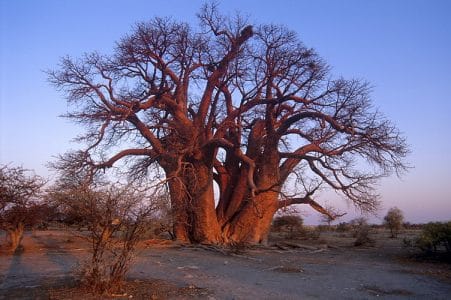 The baobab fruit can mature to 30 cm 1 foot in length. the food is really high in vitamin C. and the nectar tartaric acid. The San tribe makes a beverage from soaking the fruit and it makes an extremely refreshing drink.

Baobabs have a big white flour, and it opens in the evening time to draw in animals, to feed upon the nectar.

San individuals believe that the baobab does not just grow as other trees do, they think, that the baobab is a magical tree which it appears and disappears magically. The young trees don't look the same as the older fully grown baobab trees.

The San people, like to grind up and roast the pods and drink it's comparable to a coffee. the pollen can be used to make a glue and likewise, the leaves can be boiled and consumed as greens like spinach and the bark is utilized to make paper mats and even clothing, and musical instruments

Because of the baobabs size, each tree supports its own community like birds insects and baboons consume the fruit bush children and that drinks the nectar. Elephants too. The Baobab is a is very Hardy tree. it's difficult to kill a baobab even with fire, they seem to withstand most everything.

Even if you strip the bark from a tree it does not die off as many trees do you.

It just grows brand-new skin people utilize Bark from developing baskets and making things like rope and they also make it clear from it by soaking the bark and medicines.

The baobab flowers with fruit.

Elephants have been reported to flatten whole trees smaller ones. It suggests the power it requires to do that. WOW, but they can and do. The elephants then consume them.

That's one of the things about elephants, they are destructive, and that's a risk to their survival. With open land disappearing, this is a problem. That's why the population of elephants requires to be kept under control because they will just kill all the trees around them. 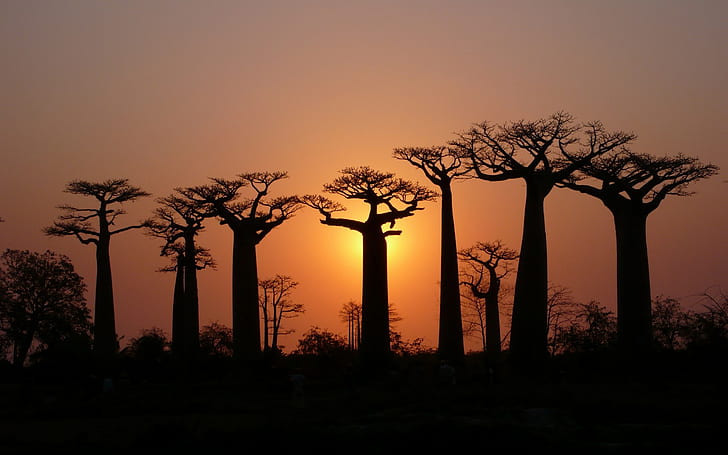 As you can see this is an extremely valuable tree to all the humans and creatures that live in the African bush.

African tribe folklore, along the Zambezi River, thinks that the baobab ended up being arrogant among the other trees and so the gods stopped that and planted them upside down.

This is where they get their funny look. In Zambia, the tribal people believe that the baobab tree is a god, and is worshiped for good harvest and rain.

Kafue National Park, there is a legend among the biggest baobab trees the legend goes that there were three young Maidens who resided in the shade of the tree. when the maidens became of age and started looking for spouses the tree became envious and it opened up its trunk and the maidens went inside to examine and the tree closes them up inside developed at this huge tree for others to witness.

Tribal people likewise believe the females that live near baobab trees deliver many boys, more so than women that live in other locations.

There has actually been some evidence of this since the leaves are extremely high in vitamin C when consumed it offsets the nutritional shortage in the women's diets leading to them being more fertile.

Where are they discovered?

The primary location that baobabs can be discovered in South Africa is in the Limpopo area near a town called Messina in Limpopo it's called the baobab town these trees also reside in Madagascar, however, the ones in Madagascar are quite different, they are taller, they look more like pillars straight trunks with the finger-like branches at the extremely top. the baobab likes to grow in arid hot Sandy areas.