A story of one day in the Hluhluwe game reserve.

We got up real early to see some elephants ,well let me back up a bit .

My wife and I Jane have been dreaming of going on safari for as long as I can remember.

We would always right down the times that Nat Geo would do shows on Africa and the wild animals that roam that continent.

I not sure why we are so in love with this part of the world because we are from the UK, but we just cant get enough of anything Africa. So we finally decided to go on a safari , but where to go there are so many country’s in Africa to choose from . So like most we started doing the research online.

After many days after work and weekends we had book mark after book mark of safari company’s to choose from . We looked at Kenya ,Botswana,Zambia,Zimbabwe and South Africa.

We finally decided on South Africa, st lucia south africa. For many reasons that I will explain.

See the big thing for us is we wanted to go on a Safari and get the real feel of the African bush but at the same to want to have a certain amount of comfort and safety. South Africa gave us all of this plus there is really so much more to offer in south Africa.

We did take a look at the Kruger National Park and yes it is famous world wide but its Hugh and the chance of seeing  big 5 in short time frame is a bit dicey.

So we cam e across Hluhluwe Umfolozi game reserve. This is as we found out by doing our research the oldest game park in south Africa and really all of Africa.

The where the first to establish conservation and tracking animals. The where the fist to set up anti poaching units to protect the animals .There was so much that this park had been doing when most parks weren’t even born yet. The Umfolozi game park and the Hluhluwe game park where 2 separate parks at one time and in order to provide better migration for the animals they dropt the fences and made it one big park .

But this park has the largest Rhino population in the world. Plus Hugh populations of everything ells like Cheetah, Lion, Wild dogs, all kinds of Buck, Cape Buffalo and on and on , so we new that this was the place to see everything we wanted to see in our short tour of Africa. 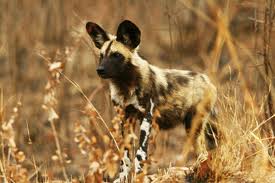 But the story gets much better something happened that we could have never planed if we tried.

But wait I got ahead of myself again, We decide to go with Heritage Tours and Safari as they had such a great rating on trip adviser and Mandy in there head office really made us feel special and bent over backwards to fit our needs so we where sold .They also beat everybody’s prices and on top of that gave us better service ! We went with the 3 day safari package . 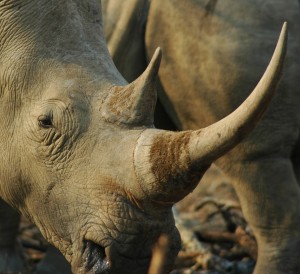 Anyway back to the safari, We where pick up at our B&B at around 5 am and greeted with coffee and a gentle morning smile, aaaaaaaa the smell of morning coffee and Africa. Then of we went out of the small town of St Lucia south Africa.

Cross the Umfolozi river and out onto the open road. Our favorite African animal is defiantly the Elephant and this is what we where out to photo today . We wanted a trophy photo for our walls back home.

Trevor our guide said, he had seen many Elle’s yesterday and new where they would probably be today.

To be continued sorry I have to go off to work will be back to finish , Read the rest here