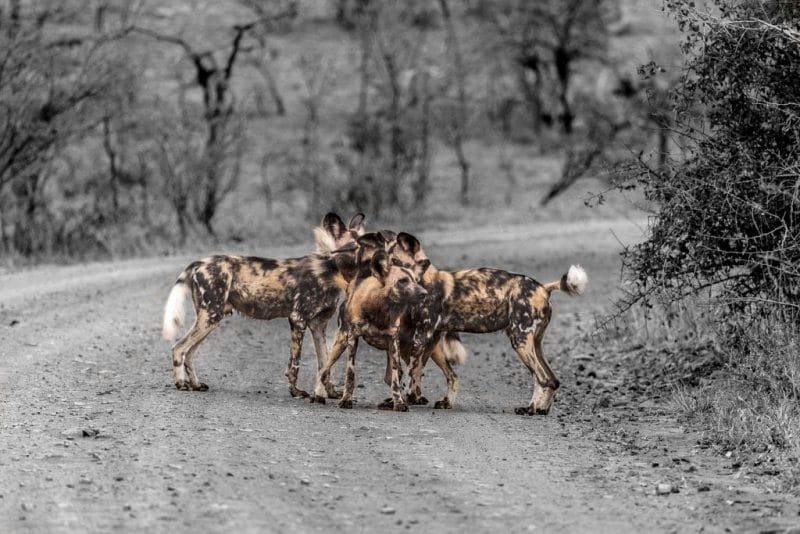 Hluhluwe-Imfolozi Game Park, KwaZulu Natal South Africa a 96000 hectare game park with more than just the Big5, Cheetah in the lower Imfolozi Park as well as African Wild Dogs. This park with its rich and divers history makes for a magnificent Park Safari. The northern section the Hluhluwe Park has rolling hills with splendid vantage points from where to view the various animal species. The hluhluwe park also boasts some incredible accommodation options so to Restaurant and curio shop at the main base camp Hilltop. Acessing the park is very easy and may be done either by self drive safari or an organisised day safari. The roads within the park are not all tarred however the majority of them are, the gravel roads and maintained and also make for some excellent safari destinations. Hides and picnic areas scatter the park and have been well designated to include some magnificent scenic areas.

The hluhluwe-Imfolozi Park is the oldest proclaimed park in Africa, it serves as the top game park in the kwazulu natal province with thousands of visitors per annum. Please bear in mind that the park does however become incredibly busy over the main South African holidays as well as public holidays, this is due to its easy acess from Durban a mere 2,5hrs away. It is therefore that we advise you to rather travel to the southern section of the park the Imfolozi Park, larger insize and more acess this section of the park boasts better viewing of game due to its vegetation and open savannah grasslands that contribute to amazing sightings while on a safari.

The Imfolozi Park once utilised as King Shaka's personal hunting grounds in days gone by makes for some amazing sightings and history. The centenery centre was established to showcase the various techniques used to capture game especially the Rhinos that once faced near extinction, various methods are shown at the centre and one also has the opportunity to witness the holding bomas. The southern Imfolozi Park is an incredible area to visit, make sure you visit the Sontuli loop area and all of the hides should you have enough time. To often clients visiting the park say that they did not realise the size and beauty of the park.

All of the parks entrances offer maps for purchase, th etwo main gates are as follows: Memorial Gate in the Hluhluwe Park and the Nyalazi Gate in the Imfolozi Park. Gate times do vary according to season and it is good advise to enter as early as possible as this is prime time for Predators. Mpila camp the main centre in the Imfolozi Park offers accommodation Rondavel style and a tented camp, curio shop and fuel bowser. Imfolozi has more acess to water sources this contributes greatly to sightings, when on safari always make sure that one keeps to the speed limits, take refreshments along as the tempretures may become quite high during Summer.