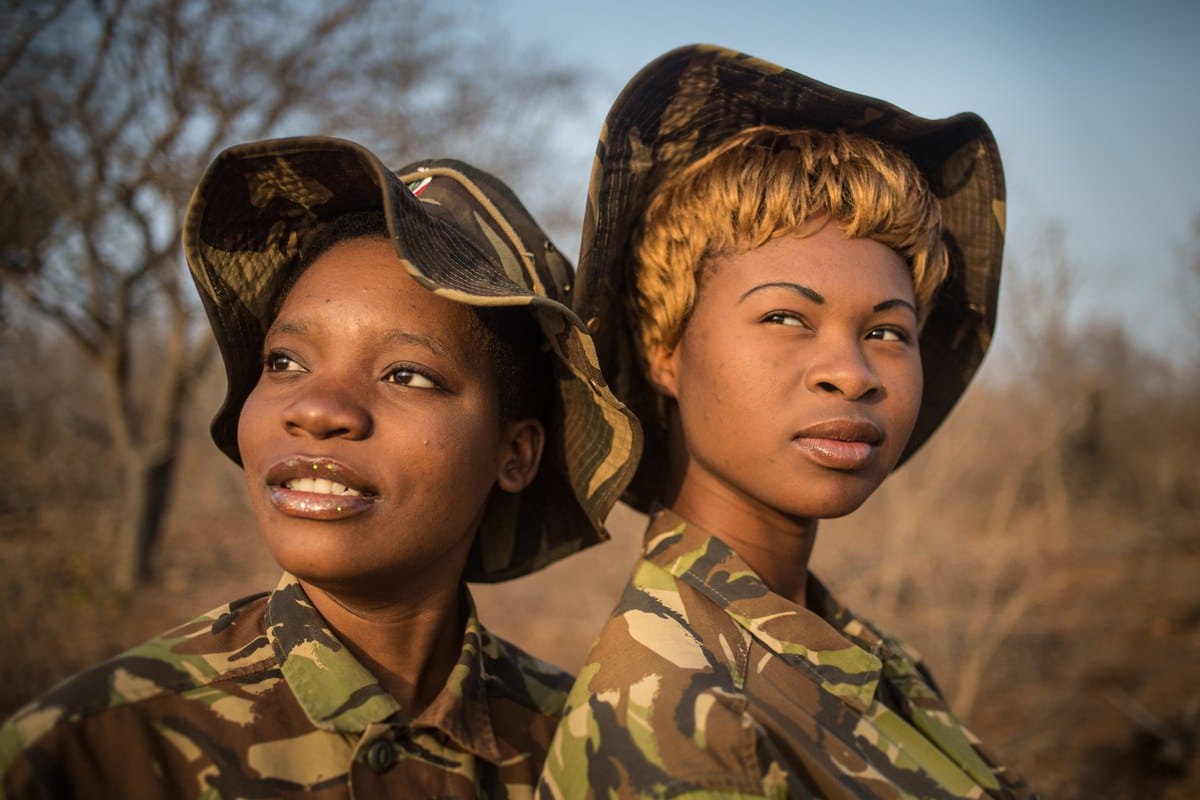 There's a war raging across the African continent, but we don't hear much about the hard work done on the front lines. At the center of the conflict? Rhino horns. They're highly sought after on the black market, worth more than gold, and people will kill—or be killed—to poach them. In South Africa, home to about 80 percent of the world's rhino population, 1,028 rhino were poached in 2017, amounting to nearly three rhinos killed every day, per official stats from the South African Department of Environmental Affairs. 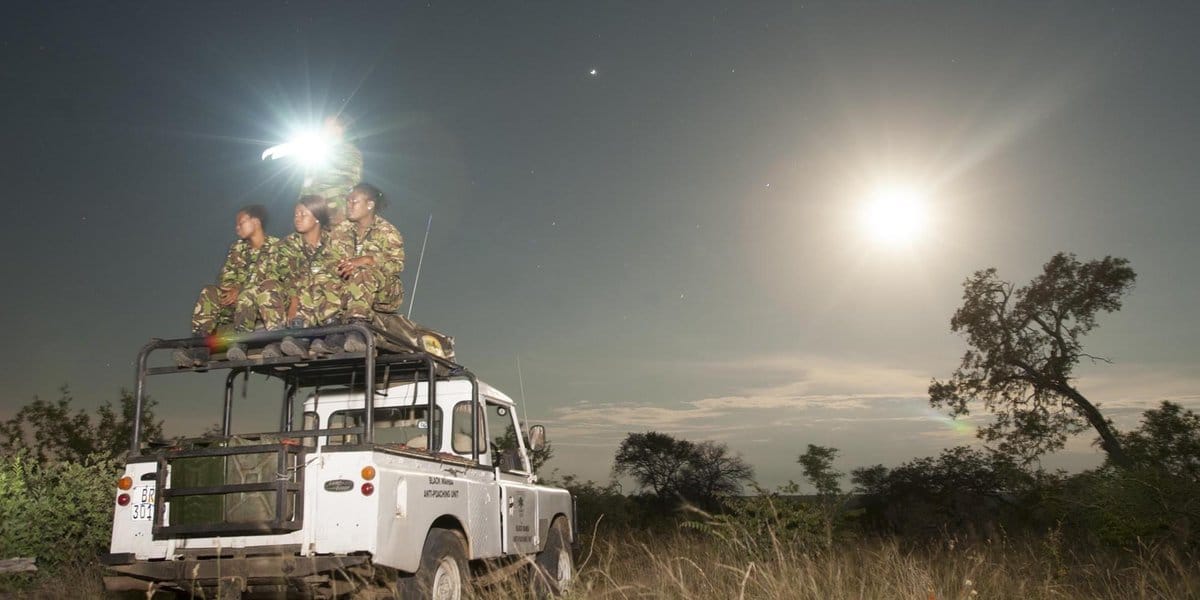 Thankfully, those numbers are down from 2016

In part thanks to patrols by the Black Mambas, a mostly female anti-poaching unit based in the Balule Nature Reserve in South Africa’s Greater Kruger National Park. Their mantra: If we don’t stop the poaching, who will?

“I want to protect nature and make sure that my children and future generations can see rhinos and all other wildlife [in real life], not just [as] pictures in books,” says Collet Ngobeni, a 33-year-old member of the Black Mambas.

Ngobeni is one of 33 women (and two men) fighting off the destruction of the rhino population in Kruger Park, once considered a hotbed of poaching. Unlike most anti-poaching units, this one is almost entirely comprised of women—and the members don’t use guns. It sounds bonkers. Anti-poaching units are usually made up of heavily armed military men who descend on poachers in helicopters. But the Black Mambas believe the battle needn't be fought with bullets. They are the eyes and ears on the ground. Their goal isn't to kill poachers—it's to save the rhinos. 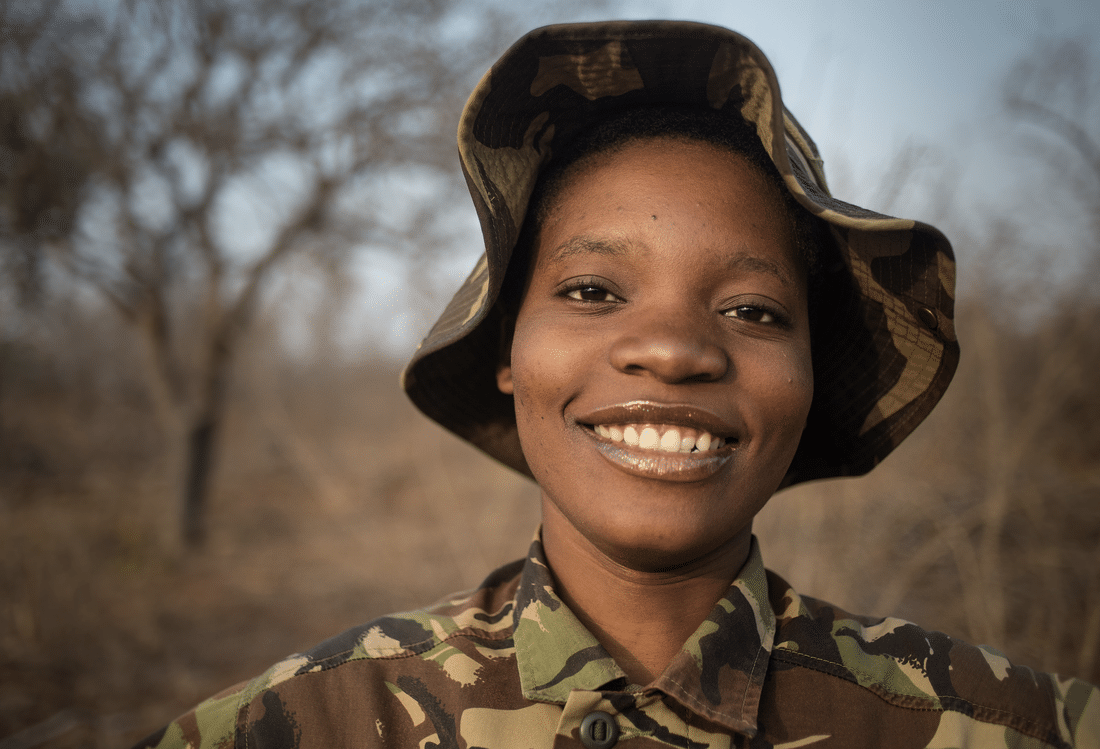 "Being a Black Mamba empowers you. Through our hard work, confidence and all our achievements, we have made people from all over the world accept us."

The unit spends much of its day on foot in the field. They seek out poachers on daily monitoring patrols, gather intel, remove snares meant to trap wild animals, and scour for bush meat kitchens and poacher camps. If they come face-to-face with a poacher, they're armed with walkie talkies to call for backup. Crossing the thicketed plains of the reserve for eight hours a day in the heat (temperatures can easily pass 100 degrees) is not an easy assignment. And poachers aren't the only threat—so are the elephants, buffalo, and lions in their tracks.

“The biggest challenge is the training and working in the bush with the dangerous animals,” says Ngobeni. “But what I love most about my work is being in nature and seeing the animals”—animals that she hopes will be around for the younger generations to encounter.

Fighting poaching and poachers is invaluable, but educating surrounding communities about the effect of poaching is just as important. 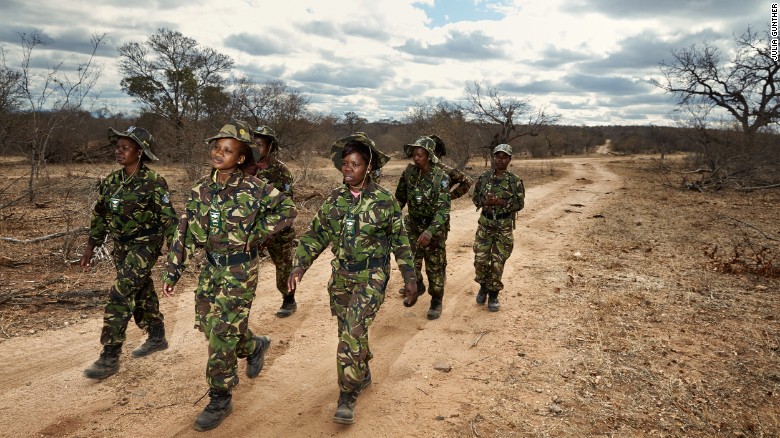 The Black Mambas are role models to that generation

Thanks largely to the the Black Mambas Bush Babies program. By working with children between the ages of 12 and 15 years, the Black Mambas teach them the different behaviors of wildlife, how to protect them, and an in-depth knowledge about ecology and conservation.

During the school holidays, the kids are taken to the reserve to see the animals they’ve been learning about. Watching the elephants rustle through bush or the hippos wallowing in a pool of water gives them a deeper connection with the animals they’ve come to know on paper. Bush Babies has been so successful since it launched in 2015, it's already been introduced in ten schools around the Greater Kruger National Park.

Unintentionally, the female Black Mambas, many of whom are mothers and breadwinners, have become heroines within their communities. In an industry notoriously dominated by men—in a part of the country where women are often expected to stay home—they are proving that doesn’t have to be the norm. “To be a woman in this role is like a being a queen of the jungle,” says Leithah Mkhabela, 25. Showing this precedent is as important to the unit as protecting the wildlife and educating communities about conservation.

“Being a Black Mamba empowers you,” says Mkhabela.“

Through our hard work, confidence, and all our achievements, we have made people from all over the world accept us.”

Much like the job itself, the journey to get where they are today has been challenging. When the women first started out in 2013, many of the men in their communities laughed at them, they say. But their success rate has quieted the disbelievers (poaching and snaring in Greater Kruger is down by more than 70 percent), and the unit is thriving. “I want see the Black Mambas grow so that there can be many more women working in this job—all over the country and the world,” says Ngobeni. 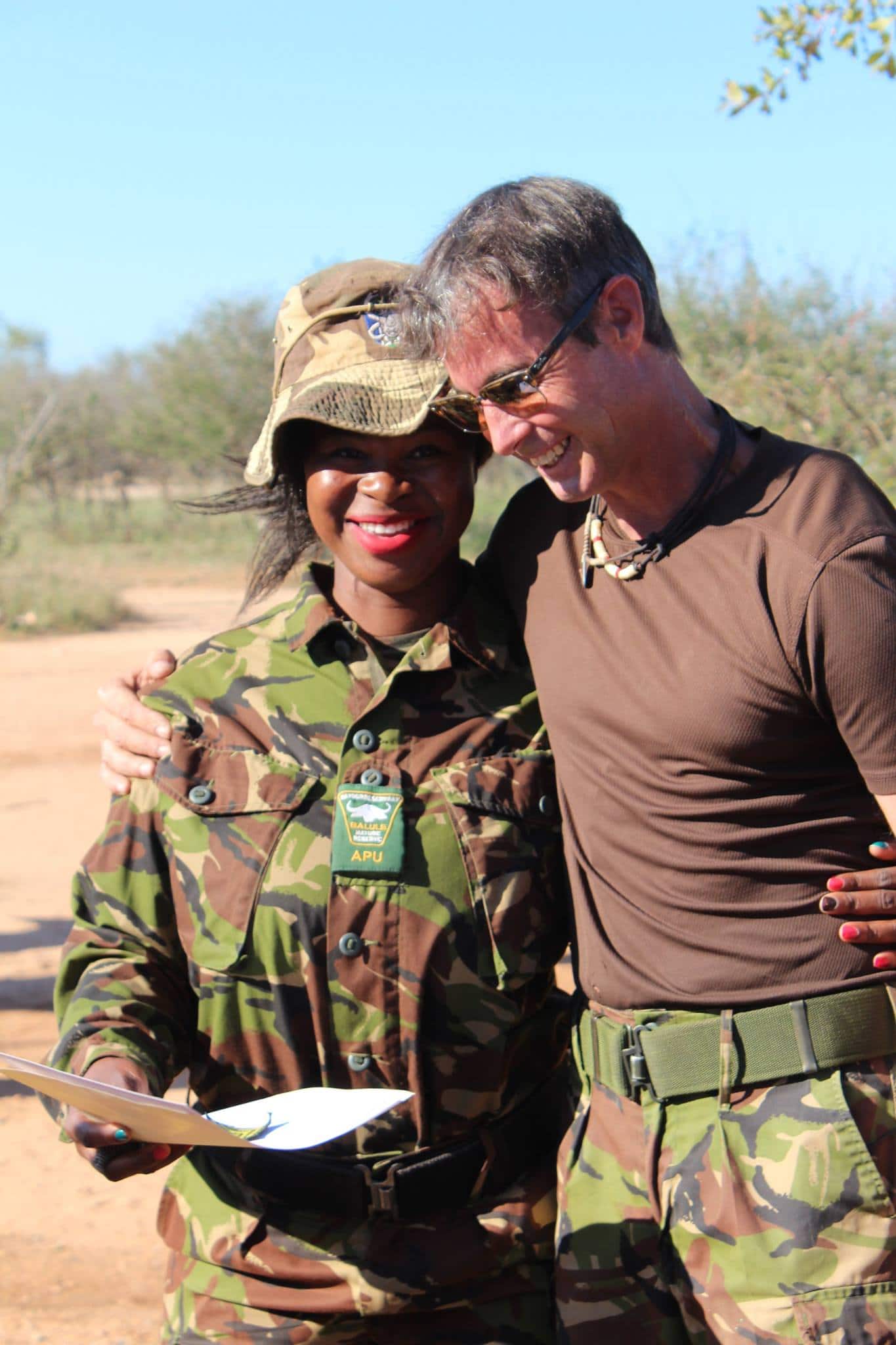 LEARN MORE About The Safaris We Offer