Your thinking of taking of Big5 Safari

You already know, there are many options

But what the heck are the best options for you?

Let's Dive In and answer those for you...

What Is a Safari? Where does this name come from?

an expedition to observe or hunt animals in their natural habitat, especially in East Africa.
"one week on safari"

But today we are more modern in our ways don't need to hunt for our food , and don't take week long safaris as much anymore .

The Name stuck . It stands for a romantic time gone buy.
Lots of us, who love the outdoors, would love to go back in time to the late 1800s and experience a classic safari.

Cotton tents, full dining table out in the open, lit by candles/lanterns and camp fire for safety and light.

The Sounds of the African Bush and the stars at night, gin & tonic to keep the mosquitoes at bay,
Or at least it's good excuse. Sitting around the campfire listening to stories.

Kudu Ram roasting on the open spit. A magic time to be in the African bush on Safari, at least for me ?

There are companies who specialize in these re-creation of classic safaris the are 6 star, if you are interested , drop me a line ..

Well it's a mixed answer , there are plus minus to both seasons

The summer is very hot, Lots of rain and humid, but also the bush is beautiful then, full of color and life.

The animals look their best in terms of condition and lots of babies around.

The winter is dry, much cooler, and less rain . So this helps with animal viewing, They head straight to the watering holes twice a day.

As the streams and rivers are dry in winter.

The game viewing is great but, a different strategy is needed to see wildlife from summer to winter.

if it's hot, the big 5 are in the shade. Not good for photos.

You'll need some pro gear to get those types of shots.

The best times for game viewing are, early morning, say start out at 6am and till about 10 ,11.

Yes there will be animals around in mid day but again, not the best time for great photos .

You'll get very harsh shadows and bright bright light, very hard to expose a picture like that .

In the early morning the predators are still active, if the did not get a kill in the night, and they will be hungry, still looking.

The light in the early morning is soft, has great luminous quality.

More on the blue/purple side, great for video and photos.

In the evening, the light say from 4pm on gets soft again. The animals start waking up from a day of napping under the trees.

Now the light is soft and orangey hue.

It's cooler as well, so more pleasant riding in open 4x4 , if your doing guided game drives. We do offer air con 4x4 options, but with window rolled up and the sound and cent shut out, well It's not the same really...

3) What animals are considered the big 5 & what does the term, African big 5 mean ?

The African Lion is the second largest cat in the world the Tiger being the largest. Lion's are social and live in groups called a Pride. A pride can have up to 3 males and the rest will be females and their young.

The pride size will depend on the availability of food and water. A Lion's roar can be heard as far a way as 8 km. A pride's territory can extend as far as 260 square kilometers. It is the male's that will protect this territory.

The thick mane of a male Lion safeguards them from fights. Female Lions primary job is to hunt and care for their young. Being smaller and slower they hunt together contributing to their successful rates.

Looking For More Info On Lions

Are one of African Big 5, Leopad are very secretive, they are primarily nocturnal animals. They are not social and prefer to live a solitary life. Agile and are superb swimmers. They can leap up to 6 meters, they will usually take their prey into trees where they are more protected from other predators. Leopards can run up to 57 km/h.

Gestation period of 90 to 105 days with a litter of 1 to 6 kittens. Cubs will suckle for 3 months and kept hidden for up to 8 weeks. Leopards have the largest territory of all the big cats. This ability has ensured their survival in various geographic areas. Leopards are carnivores and are of the best ambush predators.

Can live up to 70 years in the wild. Elephants are the largest of all land mammals, and can spend up to 16 hours a day eating. They consume between 300 two 500 pounds of food per day.

They have bad eyesight however the largest brains in the animal kingdom. Males will only leave the herd at the age of between 12 to 15 years.

Elephants can give birth every 3 to 4 years and the gestation period is 2 years. Babies when born can weigh approximately 250 pounds. It is the only mammal that can not jump.

The average weight of an elephant heart is between 27 to 47 pounds. Only at the age of, 16 can the female Elephant reproduce but rarely has more than 4 children.

They have the longest pregnancy of all mammals 22 months

They prefer one tusk from the other, just like humans being left or right handed

The trunk can sense size, shape and the temperature of the object

The White Rhino or Square Lipped Rhino, is the largest of the 5 Rhino species. The large square lipped mouth is used to graze. They are also the most social of all rhino species. Originally mistranslated from dutch to English the wide rhino was named white rhino.

Commonly known as a crash of Rhinos. Female become sexually mature at the age of 6 years. Males 10 to 12 years. Gestation of 16 months. 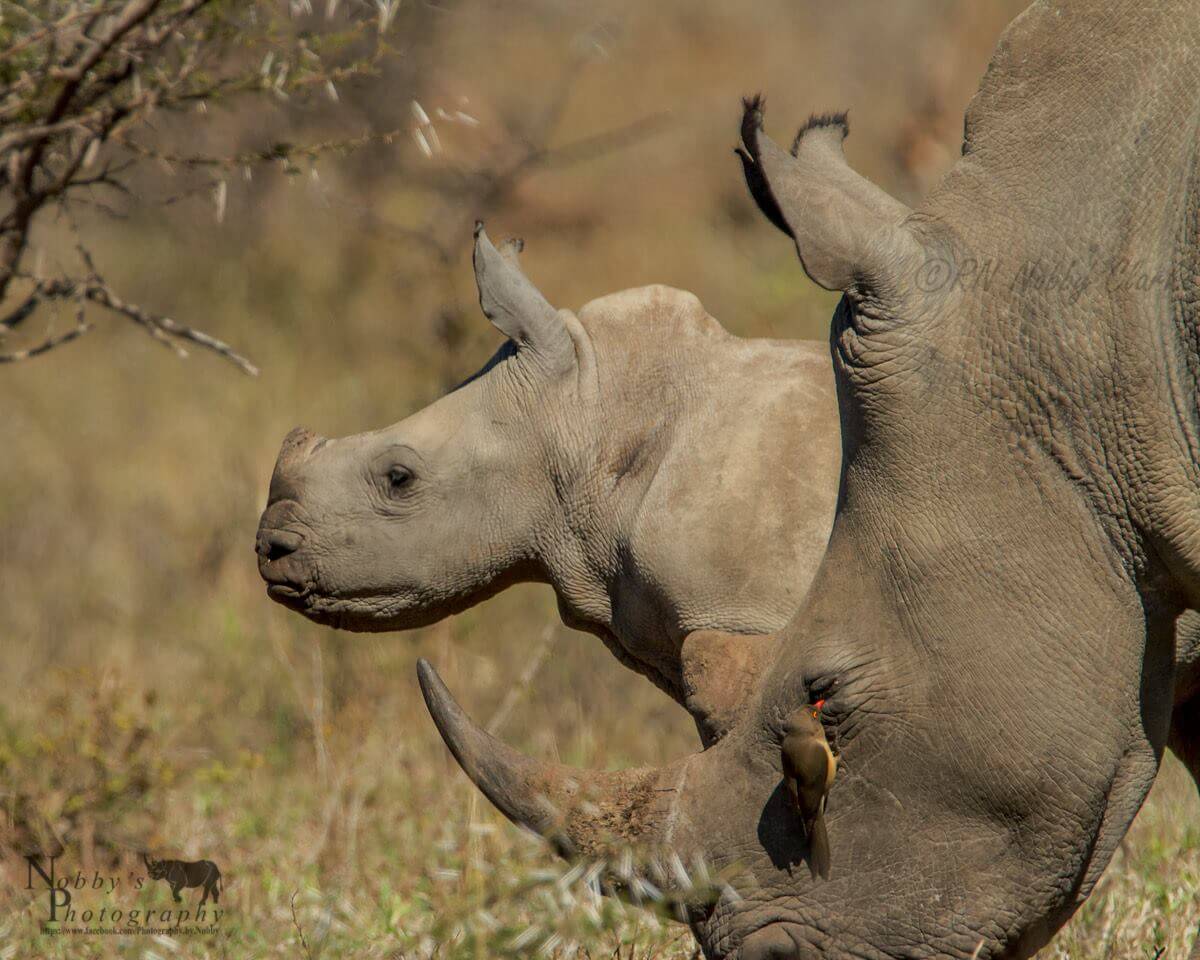 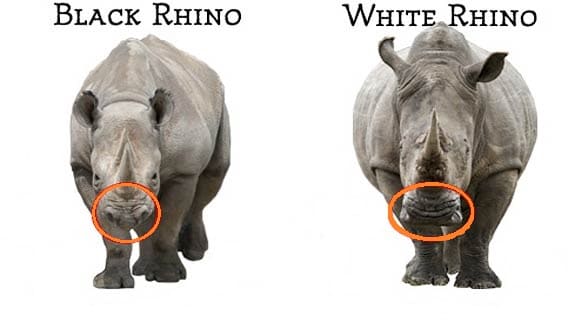 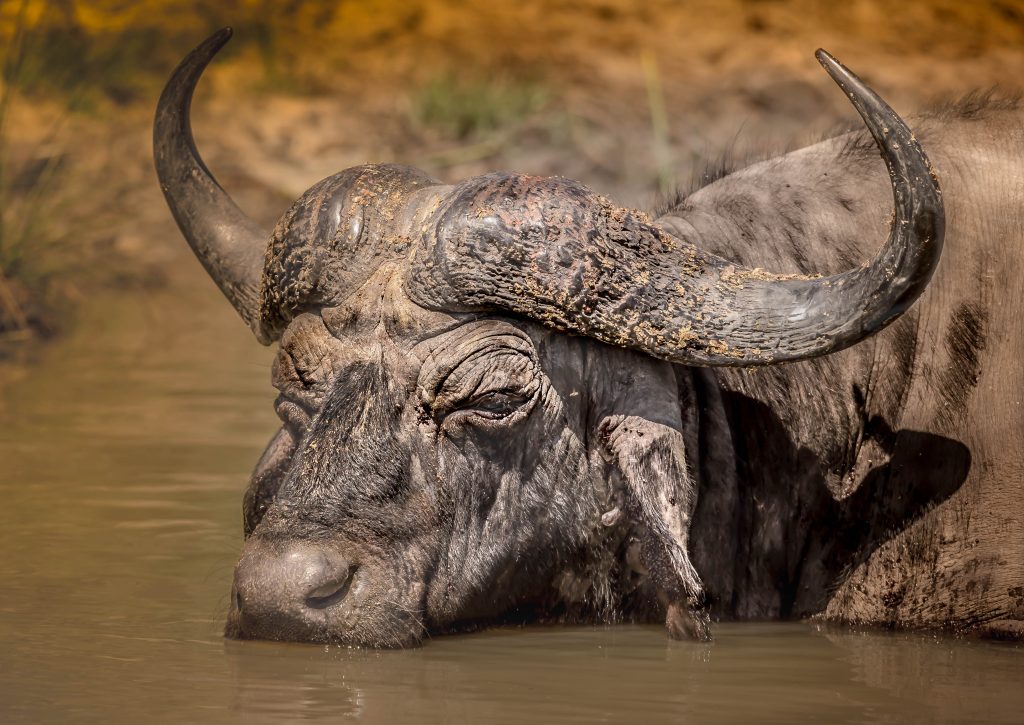 African Cape Buffalo have incredible sense of smell compared to that of their eyesight and hearing abilities.

Buffalo will travel through water due to the fact that Lion's don't like to get wet.

When herds travel the younger or weaker, will stay in the center of the herd as a protective measure.

Buffalo are seriously aggressive if injured and hence the fact that they are one of the African Big 5.

How much time do you have ?

Self drive safari vs giuded ? Is The Cost Worth It ?

Taking a safari with a top rated company Like Heritage Tours & Safaris is really your best option.

We've been a top rated safari company for many years in a row in South Africa, 5 Star ratings for over 500+ reviews just on tripadvisor.

Believe me that's very very hard to accomplish. With so many different types of personalities and needs.

As You Know, People can be hard to please...

With our kinda rating, I think its safe to say, we're doing a pretty good job according to our past clients raving reviews

But there are other good reasons for guided vs self-driver Like:

Say you have a limited AMOUNT of time, 2 to 4 days is average.

(Example Argument) Safari Guides (Rangers) have spent there life learning about the bush and the animals in it.

In some case each guide will send 15 to 20 years in one area, or studying and observing the big 5 in one park.So they know there stuff.

So the fact that they know where the animals are each day depending on weather,

and crowds in the park is huge benefit to you on limited time.

You could drive around in circles looking for that amazing sitting and never witness the animals in action.

The knowledge they share, on each animal and not only the big 5 but everything around you is way worth it..

You will see in our reviews people constantly commenting on , the knowledge shared and how it made there safari...

last point on guided safaris is time. How much do y have?

If its just 2 days,Then you want to get the most out of your safari holiday right?

Is It worth the price? I think I made that clear, DEFINITELY ...

Well if you have some more time and experience in africa then they can be better option.

(Example) Most people travel a long way to Africa and have a limited time to spend.

Have never been here before and it's their 1st time in and around the big5 animals ,

It is why I was saying above, the guided safaris are better option for them.

But if you prefer to go it alone, there are benefits to doing so like ...

They both have there +/-

Government run game parks tend to be much cheaper to stay in, and use for the day.

Mainly because they don't have to buy wildlife. Like The private game parks do, and the animals are expensive.

But prices go up in the millions per animal Sabil R28 Million. Point is, it's expensive to stock a private game farm.

This is why you pay more to stay there, Like Tula Tula and many Others .

Most are mainly attached to Kruger Park.

Like Londolozi Game Reserve, Mala Mala,Timbavati and Klaserie and others.

But you are not allowed into them, while doing a game drive in the Kruger park.

National game parks Have more animals and are larger in square area lots more to see.

The Accommodation tends to be about 3 to 4 star National parks.

They can be a bit run down, need some paint and cleaning. But as the saying goes, you get what you pay for.

But this is only in regards to accommodation. The game viewing in National Parks is tops.

So It depends on what you are looking for , Luxury and good game viewing  more expensive .

Or higher odds of see all the big 5 in few hrs and less luxury and cheaper on the budget.

The main Big 5 game parks in South Africa are,

Sanparks dose the best job of running game parks in South Africa in my opinion.

KZN Parks, not bad, but they have advantages too. Lots Lots of Big 5 animals, in a much smaller space.

Hluhluwe Imfolozi Park, A National Park In KZN region run by ezemvelo has abundance of wildlife.

6 ) So Witch Of The Big 3 South African Game Parks Is Best ?

Kruger national Park ( proclaimed 1890 ) The first motorists entered the park in 1927 for a fee of one pound.

Its more famous than the older game park Hluhluwe-Umfolozi,and I'm not sure why?

Kruger Park Use to be called the Sabie Game Reserve

Yes its the biggest , but not the best for game viewing. But has many Historic fact about it, in relation to prehistoric man.

There are alot of Lion and big5 in the park Plus many other amazing animals like Sable, Wild Dogs, Aardvark  and many others.

If you have a limited time in the park. animals are spread out.

This is also a good argument to take a guided safari, as the guides know where the animals are in the different seasons.

Its getting bigger and bigger as they convince the private game parks around it to drop fencing.

So if your into Elle's and are in the eastern cape part of south Africa, then this is a good choice.

This is the best place in south africa to see big 5 . because its small and has so much history and wildlife.

The only place to see a white Rhino in the 1920 was Umfolozi, the rest of Africa,

They were hunted out. Hluhluwe is where modern conservation started .

By Famous Dr Player and his team.

You don't need the amount of time to spot animals as you do ij  the bigger parks.Has many many endangered and protected animals.

It's all here in Hluhluwe and its beautiful...