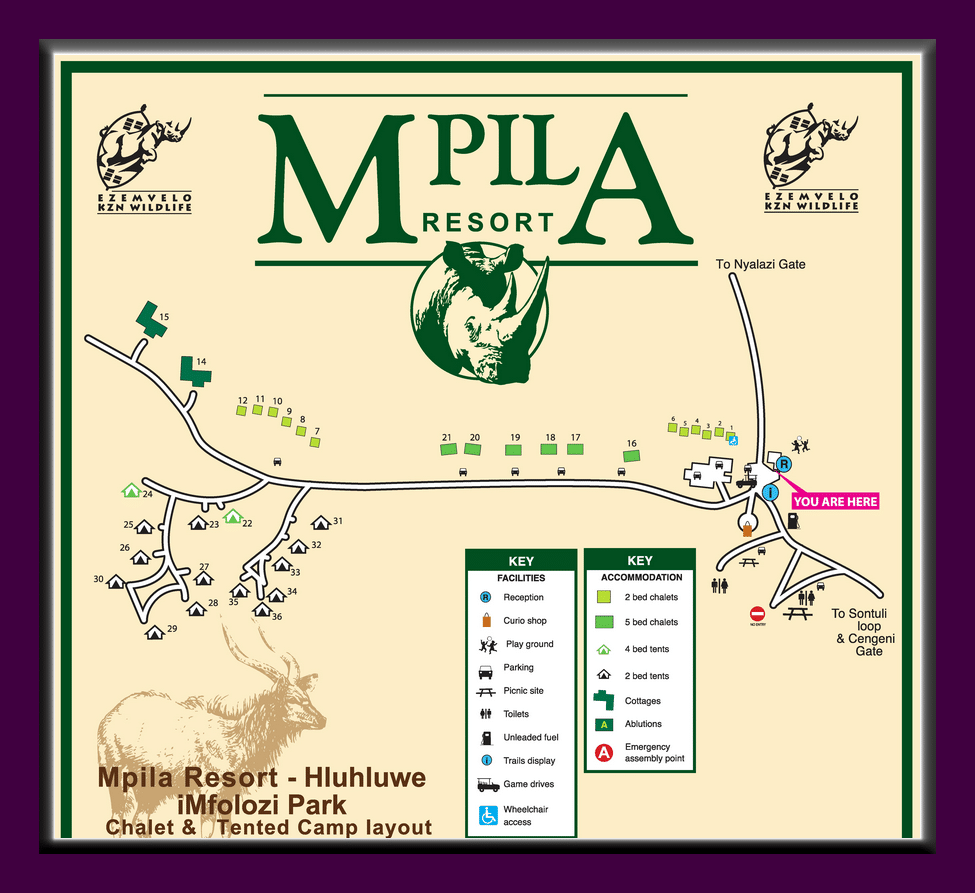 iMfolozi Park lies in the heart of the Zulu Kingdom, where ancient trails lead through the thornveld and along the mighty rivers of Africa’s oldest established wilderness area.

Once the exclusive royal hunting ground of King Shaka, (where the first conservation laws were put in place), this rich tapestry of natural and cultural history still beats with the rhythms of Africa.

Hluhluwe and iMfolozi Game Reserves were formally established as game reserves in 1895 and today, along with the Corridor Reserve proclaimed in 1989,

Hluhluwe-iMfolozi Park covers some 96 000 ha and contains an immense diversity of fauna and flora.

The iMfolozi section in the south is characterised by wide open spaces and is a natural treasure store of fascinating fauna and flora. Species include the “Big Five”-

zebra,giraffe,impala,waterbuck,
reedbuck,nyala,kudu,bushbuck,
steenbuck,duiker,warthog,cheetah,
wild dog,
hyena and many others. Over 300 bird species have been recorded here. 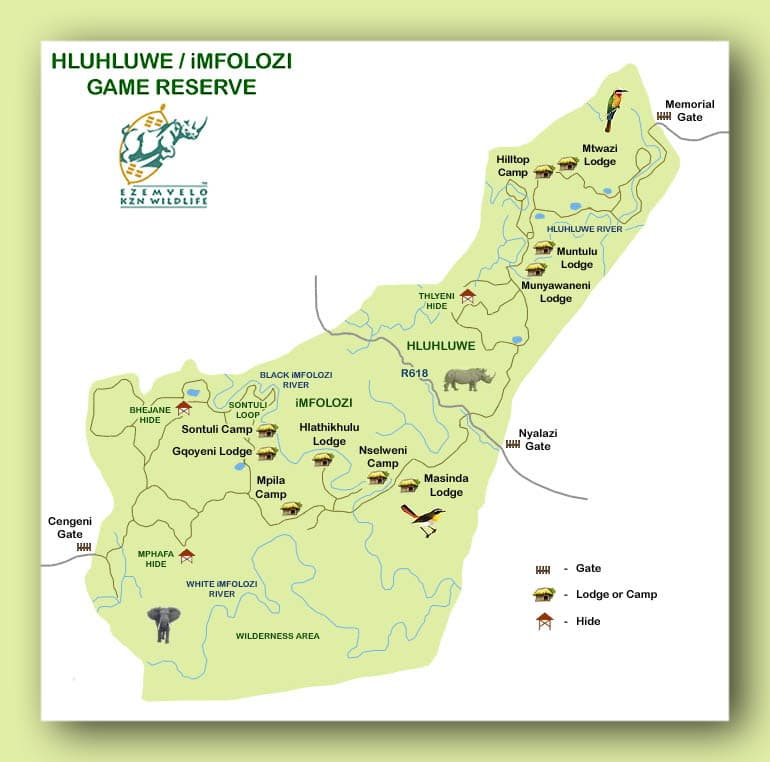 Other areas of focus for which Hluhluwe-iMfolozi Park is famed, include wilderness trails which originated in iMfolozi in the 1950s and today continue to attract tourists from all over the world. In this area the first true wilderness trails in the country were initiated.

Renowned for its rich and diverse wildlife, the park teems with a wide variety of fascinating fauna and flora including elephant, rhino, buffalo, lion, leopard, blue wildebeest, giraffe, cheetah, hyena, and warthog and over 300 bird species.

Apart from game-viewing drives, there are self-guided auto trails which provide information on both the management and natural history of the reserve. Guided walks are also available, particularly rewarding in the early morning and late afternoon. 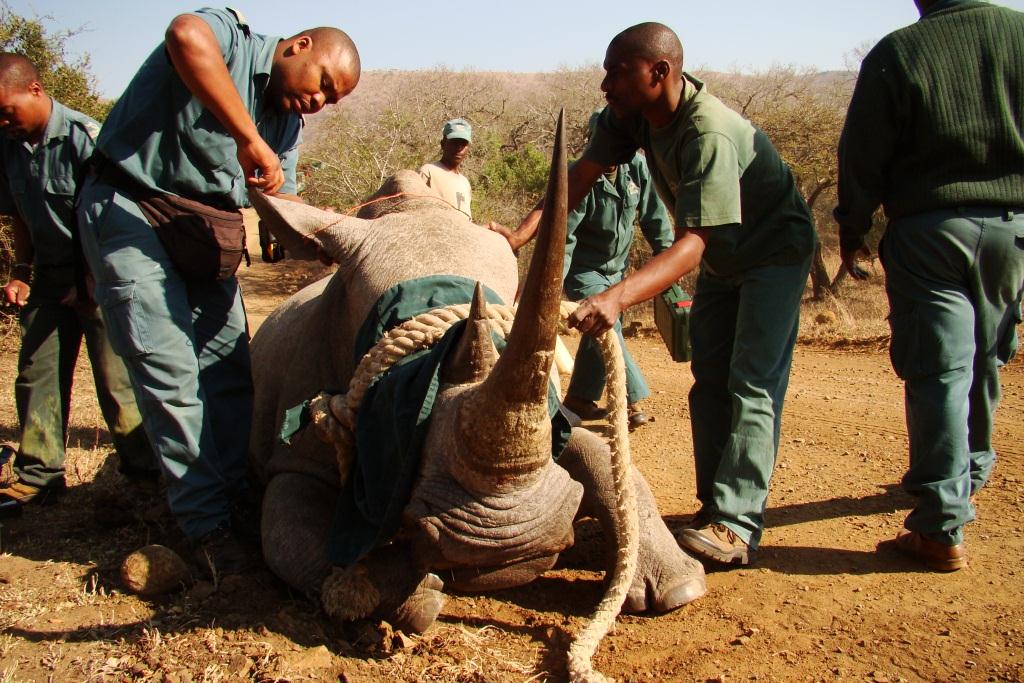 “Operation Rhino” in the 1950s won the Park world recognition for its white rhino conservation and its specialist Game Capture unit.

The Centenary Game Capture Centre pays tribute to the world breaking initiatives in Game Capture that ultimately saved the white rhino from extinction, through the medium of film shows, an excellent museum and a magnificent curio centre.

Much of the history of the Hluhluwe-iMfolozi Park is centred around the anti-nagana campaign, which was waged for over 30 years against the disease carrying Tsetse fly. Between 1919 and the early 1950s, tens of thousands of wild animals were shot in a futile attempt to control the fly, only rhino were spared. The famous Harris fly trap was extensively used in that time. It was only in 1947, after an intensive campaign of spraying with DDT and BHC, that the Tsetse fly was exterminated.

During the 1960s a number of species were successfully reintroduced into iMfolozi. These included lion, cheetah and giraffe. Elephant, wild dog and yellow-billed oxpecker were introduced during the 1980s. It is 36 kilometers by car on the tarred P700 road to the Cengeni Gate of the Imfolozi section of the park which offers excellent game viewing.